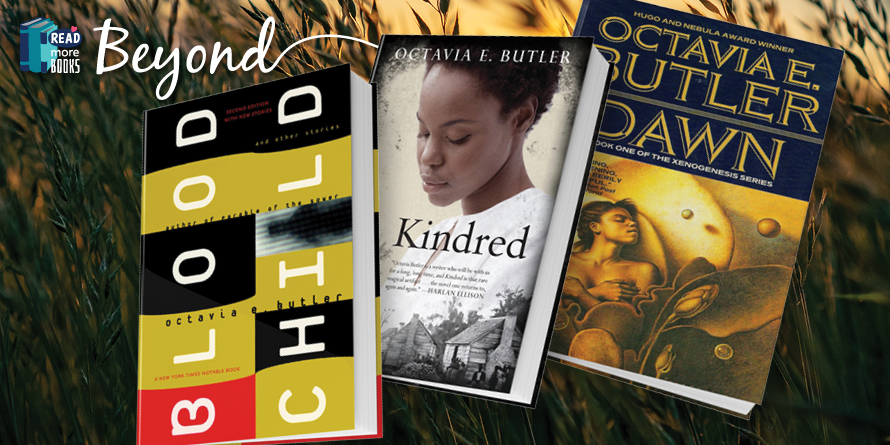 Octavia Butler: the Mother of Afrofuturism! Octavia Butler is a cornerstone of the Sci-Fi literary genre. When science fiction and fantasy were often dismissed as mere entertainment, shallow escapism, or relegated outside of the depth of literary fiction, her works show how radically different conventions can speak truth. Likewise, when science fiction and fantasy were (and often still are) dominated by white male authors, she showed that diversity in publishing produces incredible works of literature.

If you’re looking for speculative fiction with strong world-building and deep underlying themes, you are in luck. Octavia Butler paved the way for the impressive wave of black speculative fiction and Afrofuturism, opens a new window, the movement that centers works of science fiction, futurism, and fantasy in black history and culture. Her works are a call to action for justice, and scores of talented authors have taken up the cause in her stead. Authors are able to examine very real injustices in our world with fantastic elements and environments.

Bailey's Cafe: Like Octavia Butler’s writing, Gloria Naylor creates vivid, true-to-life characters in a mystical setting. Bailey’s Café tells the stories of the downtrodden customers of an eatery that exists in both 1940’s New York and at the edge of the void. Those overcome by the injustices of the world find themselves at Bailey’s Café to share their captivating and heartbreaking histories in this lyrical novel. Sno-Isle Libraries is offering unlimited ebook access to Bailey’s Café by Gloria Naylor for the entire month of January.

How Long 'til Black Future Month?: N.K. Jemison is a celebrated author of several epic fantasy series, and any one of her books would be a quality choice for those looking for speculative fiction. How Long 'til Black Future Month? is a fantastic collection of short stories with astonishing range. Check out this collection to get a glimpse of her originality and talent for fierce characters and imaginative world-building.

The Between: Tananarive Due is another author whose bibliography contains a number of novels that fans of Octavia Butler would enjoy. The Between is her first novel, showing her innate writing skills as she wraps supernatural elements in with real world horrors. A man facing horrible threats of racial violence against his family must also battle haunting visions of a reality in which he is already dead. Tananarive Due's novels are perfect for those that enjoyed Fledgling, opens a new window and are looking for other horror novels mixed with fantasy elements and social issues.

Brown Girl in the Ring: For those looking for something similar to The Parable of the Sower, opens a new window series, Brown Girl in the Ring is a gripping tale of a dystopian future, brimming with Caribbean magical realism.  Those left in a dystopian Toronto can’t afford to flee like so many others, so they find ways to survive. When terrible people prey on the weak, Ti-Jeanne must learn from the spirituality and wisdom of her grandmother to combat abuses against her abandoned community.

For those looking for Afrofuturism and speculative fiction, there are many more incredible stories to discover! This list, opens a new window goes into some others available in our catalog, but every year we have more powerful stories published and available.

Do you have any favorites like Octavia Butler's works that I’ve missed? Share your recommendations in the comments!