Sno-Isle Libraries is helping to make sure every resident in Snohomish and Island counties is counted in Census 2020. 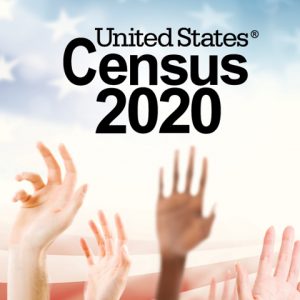 The U.S. Constitution requires a count every 10 years of every person living in the United States. Census Day is officially April 1, 2020, when the survey asks people to report all individuals living in their household on that date.

Sno-Isle Libraries has been preparing for the big national count for months and will help every resident of Snohomish and Island counties, whether they’re a library cardholder or not.

“Everyone who wants to fill out Census 2020 at the library will be able to do so whether they have a library card or not,” she said.

Census 2020 will not include any questions on citizenship of household members.

Census data is used to make important decisions about federal appropriations and distribution of elected representatives to state legislatures and Congress based on population. Local governments use census data for planning and budget purposes. If the count isn’t accurate, local communities could be affected by budget priorities and electoral representation.

Households that do not submit any Census 2020 form will get an in-person visit from a Census Bureau worker between May and July 2020.

Ahead of Census 2020 events, Sno-Isle Libraries is involved at many levels.

“We are a key participant on the Snohomish County Complete Count Committee,” Murphy said. “As part of that work we’ve identified a number of activities.”

“We’ll be working with Island County when they begin as well,” Murphy said.

Census data is the most reliable information available about population changes in the state. The U.S. Constitution also requires that the data come from the U.S. Census Bureau so that all the states use information from the same source.

The goal of Census 2020 is to count all people living in the U.S. on April 1, including those experiencing homelessness or living in transitory situations. This consists of counting people at service locations or pre-identified outdoor locations on March 30, 31 and April 1. For people living in recreational vehicle parks, campgrounds, racetracks, circuses, carnivals, marinas, hotels and motels and who do not have a home elsewhere, the counting will be conducted from April 9 to May 4.

While general statistics are released with every census, a 1978 federal policy restricts the release of any identifying personal information for 72 years. Genealogists eagerly anticipate the release of census data because it can help them trace family histories. The National Archives and Records Administration released the complete 1940 Census in 2012. The agency will release the 1950 Census in 2022.