When Brian Rush talks about Sno-Isle Libraries buildings, he can’t help but focus on the advanced data collection tools he uses as facilities manager.

It took tremendous foresight, persistence and patience to get the library district where it is today as a national leader in smart-building technology. Library customers are more comfortable, but library district taxpayers reap the benefits with each utility bill. Sno-Isle Libraries pays $400,000 to $500,000 less per year for utilities than it did in 2012, Rush said, and the savings pay for additional investments that save more energy and reduce maintenance costs. 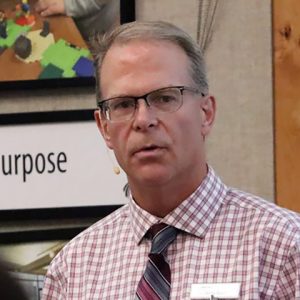 It creates a virtuous cycle.

“And it’s the right thing to do,” Rush said.

R.D. Burley, assistant director of facilities, safety and security, said that in the commitment to be good stewards of the taxpayers’ money, Sno-Isle Libraries is continually looking for ways to improve infrastructure become more energy efficient.

“Brian has led this effort for the past eight years and has helped our organization make great strides in automation and efficiency that will continue to pay dividends for years to come,” Burley said.

In taking inventory, Rush found that some rooms could be hot and cold at the same time. Heating and cooling costs were through the roof. There were so many problems he could only fix things as they broke.

“I had to stop the bleeding,” Rush said.

Rush knew there had to be a better way to manage Sno-Isle Libraries facilities than triage. He also knew that reducing energy use where it was most feasible would yield the biggest dividends for the district’s taxpayers.

Rush started by using his years of experience analyzing and diagnosing faults as a regional building maintenance supervisor with GTE and Verizon.

“In 2004, we knew (data analysis) was a possible emerging technology, but there was nothing (available in software) to pull it together,” Rush said.

He found exhaust fans running 24/7 without controls because it’s what the building designer specified. Staff left doors open either to get cool, let fresh air in or let hot, stuffy air out. Air conditioning and heat sometimes ran simultaneously, sometimes into unused rooms or out open doors. Lights were left on in empty rooms. Conflicts between controls and equipment were resulting in premature component failure.

Rush needed to prioritize what to address first, and then account for variables. How much energy do individual components normally use? When do components operate and what controls them? How do components show signs of imminent failure? How do controls and components interact?

Rush made a business case to Sno-Isle Libraries management in 2015 to address the library district’s energy consumption. He started with the Snohomish Library since it had the ability to collect some data on HVAC operations. Rush envisioned big energy savings if he could smooth out daily consumption spikes.

The new information allowed Rush to reverse-calculate actual energy consumption on each piece of equipment. Using “addition by subtraction,” he fed that data to Amos to compare to gas and electric meter readings. It gave them performance baselines. Rush’s calculations on actual energy use were 97-98 percent accurate.

The adjustments to airflow and temperatures throughout the Snohomish Library slashed natural gas use by 70 percent and electricity use by 17 percent compared to energy consumption in 2011.

He was on the right track, but had to wait for more technology to catch up.

One problem was the amount of data. The constant stream of data required computer network upgrades.

And there still wasn’t any off-the-shelf software he could buy to analyze the data.

Coppertree Analytics had a promising beta version of its Kaizen fault detection and diagnostics software, Rush said. The Kaizen dashboard displays real-time data against operational baselines. Coppertree, Delta and Rush worked together to use Kaizen on the Snohomish Library project, with the prospect of adding more library district buildings. Until then, Coppertree dealt mostly with single buildings, nothing as big and diverse as Sno-Isle Libraries.

“I knew the library district should get it,” Rush said.

The software cost was miniscule relative to the potential utility cost savings, so district officials gave Rush the green light. It also allowed him to move the library data stream onto Delta’s web-based platform for consistent tracking.

Rush tackled the Monroe Library next. New Delta equipment controls cost $40,000, plus about $5,500 per year for sensor warranties and software and firmware updates. Kaizen cost $2,500. Rush worked with Snohomish County PUD and Puget Sound Energy again to cover some of the equipment costs based on their Snohomish Library experience.

“Snohomish County PUD incentivized the savings even before they had a platform to calculate potential savings,” Rush said. “I don’t want to say I was ahead of my time.”

With the changes, natural gas consumption at the Monroe Library fell about 70 percent. 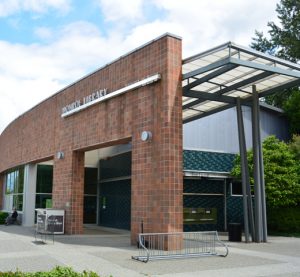 At the Sno-Isle Libraries Service Center, LED lighting and other changes cut electrical consumption by more than half between 2012 and 2019. Coupeville, Freeland, Mukilteo and Granite Falls Libraries have also received the Delta-Kaizen treatment.

“We made it the Sno-Isle Libraries standard,” Rush said.

After the City of Marysville deeded its library to Sno-Isle Libraries, Rush studied the building’s air flow and energy consumption. With a few changes, air quality was improved and energy use cut by 50 percent.

Rush can use Kaizen from his desktop computer, tablet or smartphone to zero in on a specific room to change temperature or air flow. Kaizen constantly analyzes component functions and provides real-time alerts whenever a component operates outside of its normal range. For example, an HVAC compressor uses more energy as it begins to fail.

There’ve been some learning experiences, he said.

The Mukilteo Library had a mechanical failure due to a software glitch that forced a component to operate outside its parameters. When a compressor failed on an air handler, the manufacturer, Daiken, wanted to learn from Rush’s data.

“Hey, we’re helping them do better,” he said. “It’s another side benefit of working with manufacturers.”

The investments in technology and equipment have made Sno-Isle Libraries the most energy efficient library system in the state.

“We just kept inventing and creating,” Rush said. “Now we can do even more.”

“The thing about a library, unlike a business, is a library isn’t going anywhere,” Rush said in Sno-Isle Libraries “Check It Out!” podcast.

“You build it, it stays there, it’s in your community, it could be there for 20, 30, 40, 50, 60 years. If you put something in place that’s going to pay back to the people that bought this, you could get your return on your investment over a much longer period of time and save the public, in this case, a tremendous amount of money over the life of the building.”

Rush’s successful implementation of technology and leadership in the smart-building field is drawing attention beyond the library district’s borders. The City of Bellevue sent a team to learn what Sno-Isle Libraries has accomplished. Rush has been invited to speak at industry conferences around the country.

He visited the Microsoft campus in Redmond to see what the software giant was doing with smart-building controls. Rush said one engineer was proudly demonstrating his company’s new energy monitoring system, until he realized a glaring oversight.

“They wanted to get to fault diagnostics like we have,” Rush said.

In June 2019, the Smart Building Center in Seattle asked Rush to tell about Sno-Isle Libraries payoff in technology investments. His talk was standing-room only and spilled into a hallway.

“We’re the new thing,” he said. “We show value to the community.

“It generates momentum to champion these programs. I really get the ‘rah-rah’ going at presentations. You create a small success, then go advertise it, because it translates to a dollar figure.”