Held at the Mariner Park & Ride in Everett, Sno-Isle Libraries partnered with Hand in Hand to bring backpacks and supplies to the Mariner community. Hand in Hand is a community organization that provides supportive resources to children and families throughout the region.

A resource fair was also part of this year’s event, bringing much needed information and community resources directly to families.

“We’re delighted that so many local students were able to come through and get the supplies they’ll need for the upcoming school year, and grateful for the support of our many community partners,” says Terry Lott, the Mariner Community Campus Project Lead.

In addition to backpacks and supplies, community members were encouraged to sign up for a library card. With a Sno-Isle Libraries library card, students, educators, and teachers can access subject and grade specific resources, online tutoring, writing help, and more.

Sno-Isle Libraries opened the Mariner Library as a temporary location in 2017. The community’s positive response to the library space led to a series of conversations with state Senator Marko Liias and local community partners, neighbors, and nonprofit partners.

The conversations sparked a reimagining of what a permanent community library could be, and laid the foundation for the Mariner Community Campus, an ongoing collaboration between many local agencies that aim to create a community gathering facility.

“I have long had the desire to knit together resources for this community, and when I saw how crowded the library is, I thought ‘This would be the perfect opportunity for a community gathering space that we could build around’,” says Senator Liias, the project’s sponsor. 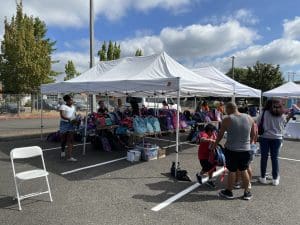 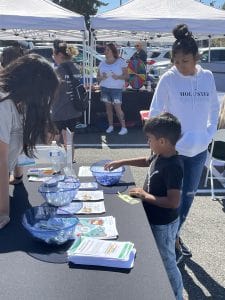