The City of Lake Stevens, in collaboration with Sno-Isle Libraries and the Lake Stevens Sewer District, is exploring the possibility of developing a shared campus on the west side of Lake Stevens. 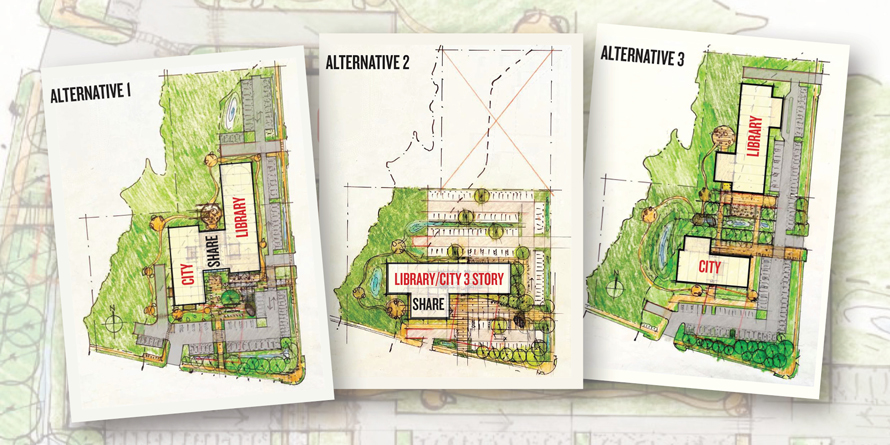 At a virtual community meeting on April 8, Stowe Development and Strategies presented three concept alternatives for a potential Civic Center Campus. It was the first chance for the public to see and comment on the preliminary concepts. The City and Sno-Isle Libraries own adjoining parcels at the northwest corner of Chapel Hill Road and 99th Avenue NE, and proposed land use would include a new community library and offices for the City and Lake Stevens Sewer District.

Bob Stowe, principal of Stowe Development and Strategies, said the key objectives of a civic center campus are to provide efficient and financially sustainable public facilities that could reduce overall costs by sharing common building spaces and infrastructure between agencies, deliver municipal and community services effectively, and maintain a strong community identity.

After the presentation, three community members commented on the future of library services.

The Civic Center project team will consider results of the public survey and study the alternatives through May before presenting a final concept in June.

The City of Lake Stevens encourages residents to complete an online survey to share their opinions of the three proposed concept alternatives. The survey will be open until April 22.