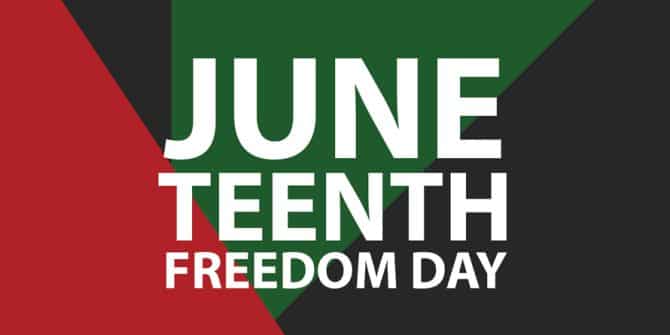 June 19 marks the anniversary of Juneteenth, the day in 1865 when enslaved people in Texas finally learned they were free, two-and-a-half years after the signing of the Emancipation Proclamation.

“In amazement and disbelief, the 250,000 former slaves in Texas learned that they had been freed by the Emancipation Proclamation, which could not be enforced until the war was over... Shocked, disoriented, most likely fearful of an uncertain future in which they could do as they pleased, the liberated slaves of Texas celebrated. Their moment of jubilee was spontaneous and ecstatic and began a tradition of marking freedom on Juneteenth” (Smithsonian Magazine).

Learn more about Juneteenth and join the celebration with these lists and other resources.