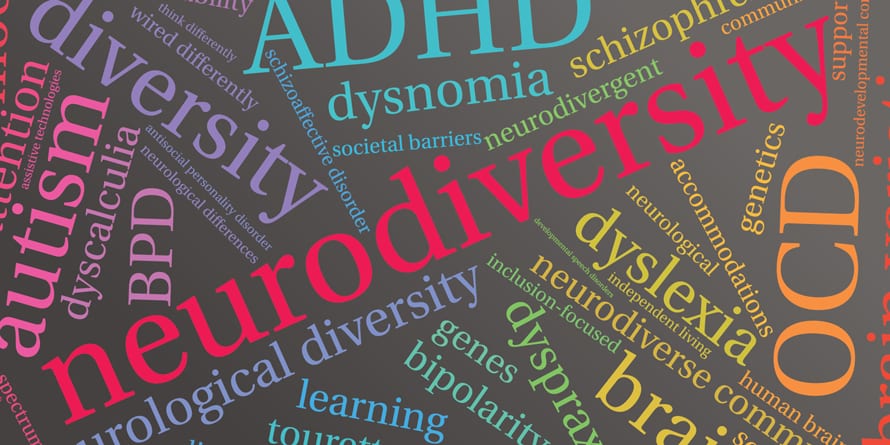 Neurodiversity refers to variations in the human brain regarding sociability, learning, attention, and mood. Examples include Autism, Dyslexia, Dyspraxia, Dyscalculia, Dysgraphia, ADHD, Obsessive Compulsive Disorder, Tourette’s syndrome and other neurological conditions. As scientific advancements help us uncover more information on how our brains work, new discoveries are being made about the different strengths that come from neurodivergent minds. Come check out a few of the library’s book on Neurodiversity today!

Author Eric Garcia of the Washington Post interviews people across America on all different parts of the Autism Spectrum and examines how Autism is perceived in America and how Autistic people have been left out of the conversation on their needs.

A Radical Guide for Women With ADHD

A guided workbook for women with ADHD designed to break the cycle of negative self-talk and shame-based narratives that stem from the common and limiting belief that brain differences are character flaws.

Written by 2008 Pulitzer Prize for Poetry winner Philip Schultz, this memoir takes readers through Schultz’s childhood as he reflects on the strengths and difficulties of growing up with undiagnosed dyslexia after he finds out his son also has dyslexia.