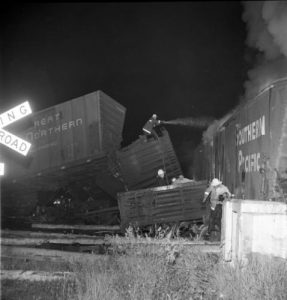 Shortly before 4am on June 6, 1969, a Great Northern train roared into Marysville.

Without slowing down to the posted speed, it slammed into several standing freight cars and the train depot before derailing. Two men were killed.

The front page of the Seattle Times quoted a witness who said:

“The ground shook like it was a real earthquake.  I saw freight cars, box cars, shooting into the air, and bright flashes of light.  It seemed like all hell breaking loose. Cars were shooting clean over the top of each other, and standing on end, and then falling on the ground” (The Seattle Times, June 6, 1969, p.1).

The freight cars that had been sitting at the depot were pushed more than three blocks away.

Train cars and debris were scattered over a wide area, creating a clean-up effort that took days to complete. 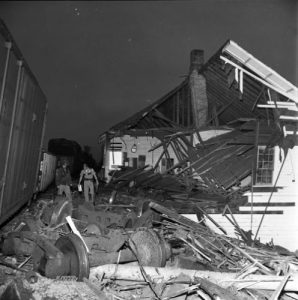 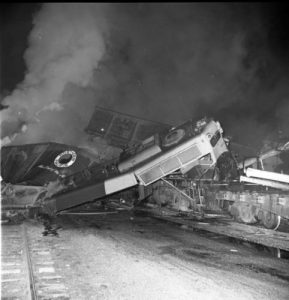