Every year, the Sno-Isle Libraries Board of Trustees adopts a balanced budget for the 23 community libraries, online services, Library on Wheels and a service center to meet the needs of more than 750,000 residents in the library district across Snohomish and Island counties.

The budget authorizes spending for library operations and maintenance including: 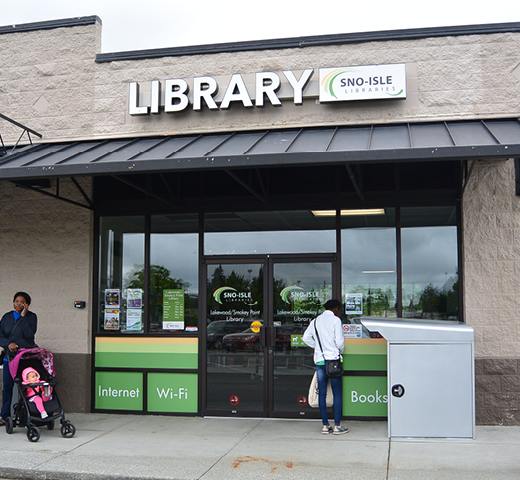 Sno-Isle Libraries receives about 98 percent of its funding for daily operations and maintenance from the general library levy.

The library operations levy is collected by county treasurers in Snohomish and Island counties and funds are transferred to Sno-Isle Libraries.

The remaining 2 percent of library funding comes from a variety of sources, such as:

What do these terms mean? Review our glossary for some helpful definitions.

The voter-approved levy sets both a levy rate and the amount of money that rate raises on the assessed value of properties within the library district. Assessed property value is determined by the assessor's offices in Snohomish and Island counties and on a total county-wide level, not by a specific community or individual property values.

According to state law, the library levy rate cannot be more than 50 cents ($0.50) for each $1,000 of assessed property value. And, the amount of money raised by the levy is capped at 1 percent a year, except in years when voters approve a change. The assessed value of new construction is also added to this funding base in accordance with the law.

While property-tax funding is relatively stable, it does not keep pace with rising costs of doing business due to the 1 percent cap on levy revenue. This means that a rise in property values does not reflect an equal rise in library-district funding.

To keep up with inflation, increasing population and other factors, voters are periodically asked to consider an increase in the library levy rate. A levy-rate increase request must be approved by a simple majority of voters within the library district in Snohomish and Island counties to take effect. If approved, the levy increase is implemented the following year. This results in funding which sustains the level of library services provided. If voters reject a levy, the previous levy would continue at the previously approved rate and Sno-Isle Libraries would make corresponding reductions in service. The most recent voter-approved levy was in 2018. The previous levy to 2018 was approved by voters in 2009.

Funds from the library operations levy are not intended for construction of new library buildings or enlarging and making major renovations to existing library buildings. These types of projects are called library capital projects.

New or substantially renovated libraries are made possible through two separate ballot measures submitted to voters for approval: a library capital facility area and a library bond measure.

All voters within a potential LCFA are asked whether they are willing to have an LCFA formed within which special taxes may be assessed for the purpose of a library capital project.

Approval of a ballot measure for the creation of a library capital facility area requires a simple majority vote.

The second ballot measure asks all voters within the potential LCFA whether they are willing to authorize the collection of funds for a library capital facility bond project. These funds would be used to cover costs associated with a library capital facility, including land (if needed), buildings, site improvements, equipment, furnishings, collections, financing, design, construction, equipping, remodeling and other necessary costs related to acquiring and opening the doors of the facility.

According to state law, voter-approved bond levy funds from within an LCFA are earmarked for specific projects and cannot be used for ongoing library operations and maintenance purposes.

If the ballot measure receives less than 60 percent voter approval or fails to be validated by having at least 40 percent of voters participating in the vote, the measure automatically fails.

Once any debt from financing a library capital facility is paid off with the funds collected within the LCFA, the bond levy ceases to be collected from property owners and the LCFA is dissolved.