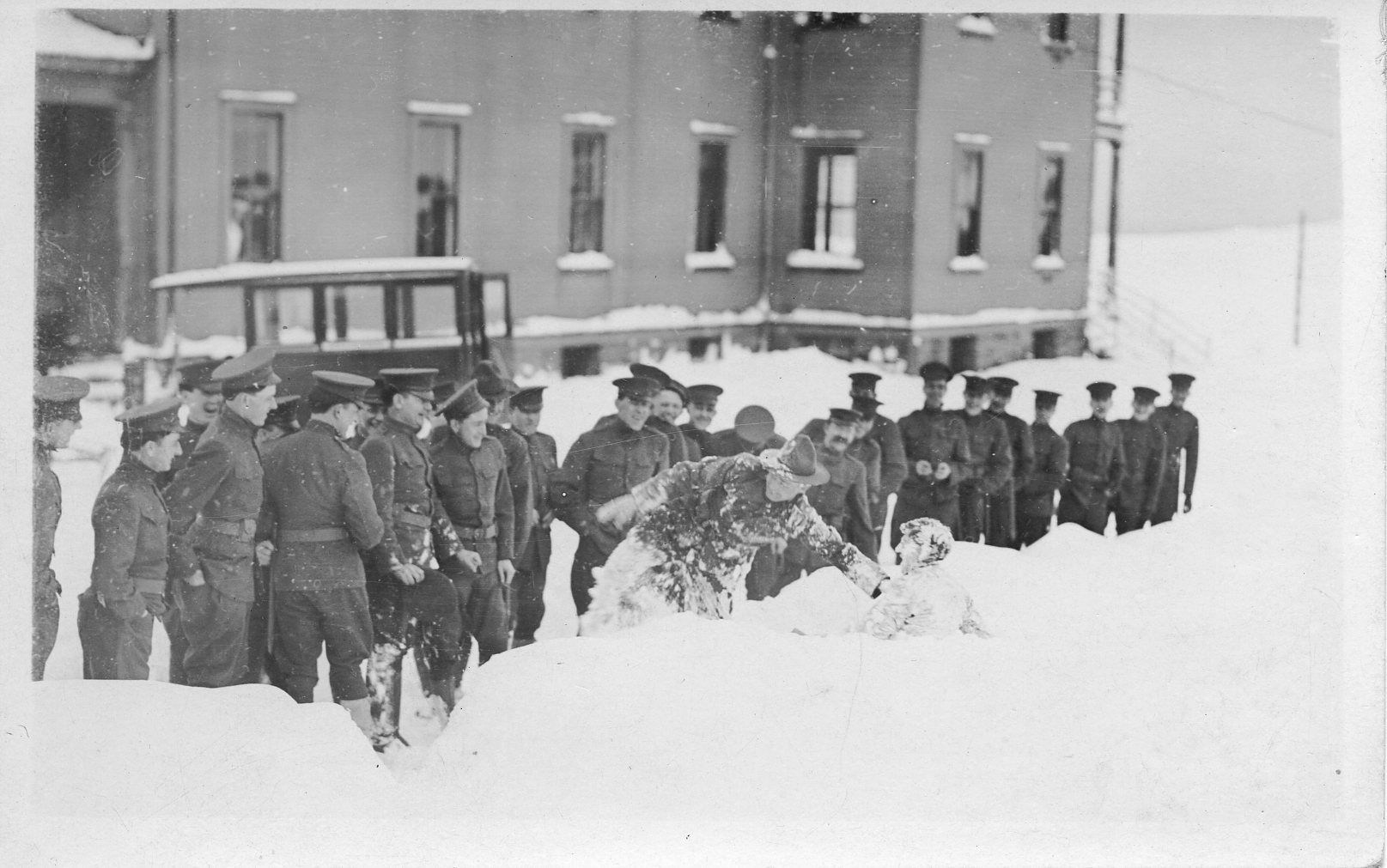 Soldiers at Fort Casey enjoying the snow in January of 1916.

January 1916 in Seattle, Washington, was unusually cold with 23 inches of snow already on the ground when, on the last day of the month, snow began to fall relentlessly. As it continued to fall, between 5 p.m. on Tuesday, February 1 and 5 p.m. on Wednesday, February 2, a record 21.5 inches blanketed Seattle. The United States Weather Bureau in the Hoge Building on the northwest corner of Second Avenue and Cherry Street documented the snowfall, the largest recorded 24 hour accumulation – a record still standing over 100 years later in 2016.

A front page article in the Seattle Daily Times , February 1, 1916 issue describes attempts to clear the snow, yet “despite the efforts of the toilers, it was found almost impossible during the morning hours to keep crossings clear. Passing automobiles pushed snow piles back on the cleared spaces as rapidly as they were cleaned, churned the snow and slush into a plastic mass which rapidly molded itself into giant snowballs, and skidded and balked on hills to the absolute ruination of tires and tempers.” The Times article continues on page 2 noting “The King County Humane Society has issued an appeal to all teamsters to have their horse sharp-shod to prevent their slipping.”

The following day, the headline of the February 2 issue of the Seattle Daily Times read “More Snow Predicted, City Schools Close; Street Cars Tied Up; All Trains Stalled And With Traffic and Business Suspended, Weather Man Holds Out Little Promise of Improvement.”

The aftermath of “The Big Snow of 1916” as it was called, lasted for weeks as it was a wet snow and came to a miserable end -- a mess of mud that mangled bridges and carried away homes.

This image courtesy of the Island County Historical Society.

You can find more historic photos of this snowstorm in this collection at Archives West.