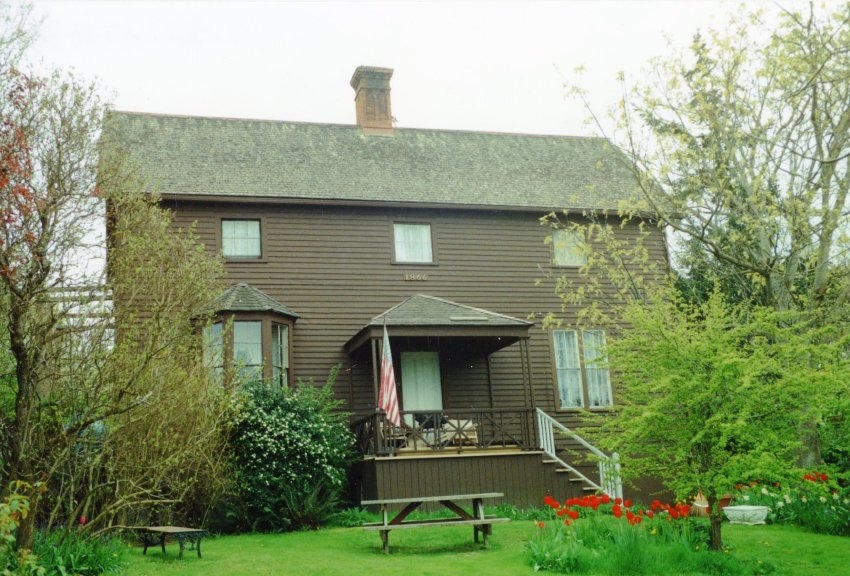 The Colonel Granville Haller house is located at 1 NE Front Street, in downtown Coupeville.  This photo was probably taken sometime in the 1970s.

The Granville Haller house was originally constructed in 1866, and part of an earlier structure may be incorporated into the house.  Haller operated a store and held county office until he was reinstated in the army in the early 1870s and left Whidbey Island.  The house was sold to Daniel Pearson in 1879.  The Haller store was also located on the property and during the 1880s the road sliced through the center of the store.  During the early twentieth century the remaining part of the building was the local movie theater, the Circuit Theater. The Haller House went through several owners and tenants after the Pearsons sold the building. The building was damaged by fire in the early 1940s and stood vacant for ten years until it was purchased in 1952 by Stanley Wilhight.  The building was then restored over several years.  The front porch originally had Grecian style pillars which have not been restored, but the rest of the building is similar to the original appearance.

The Haller House is now being preserved and restored again by Historic Whidbey! 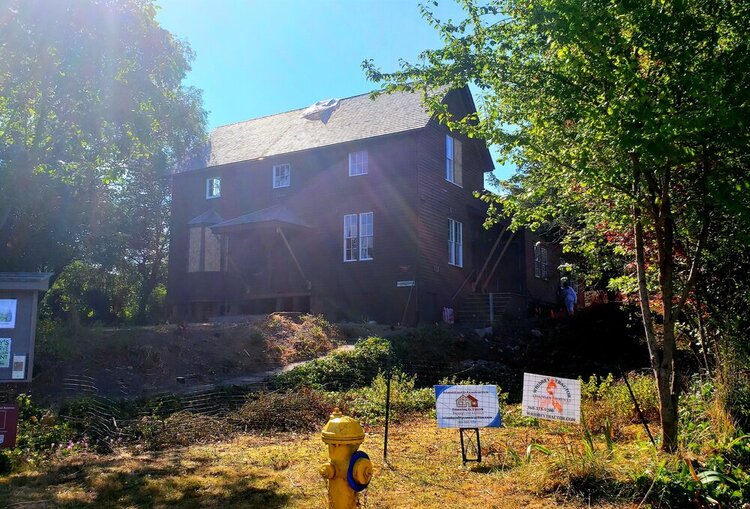