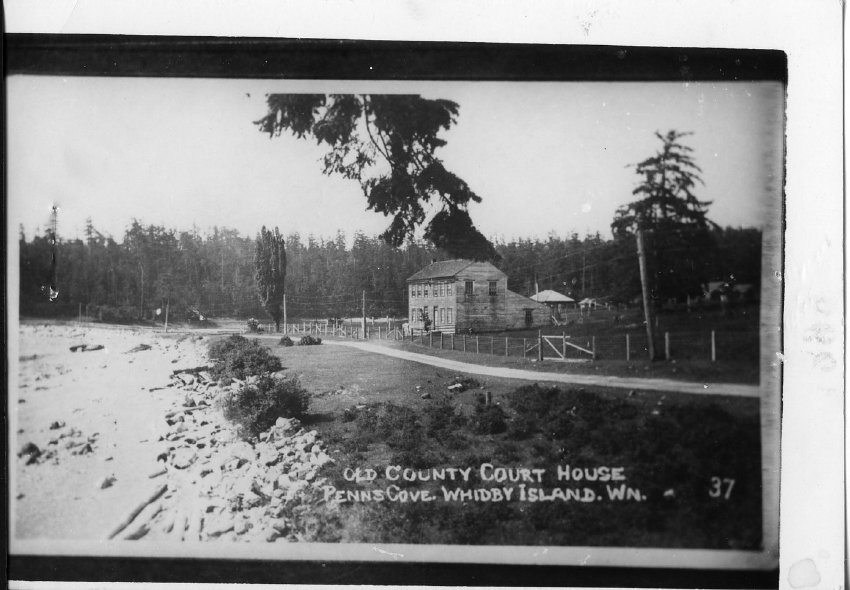 A small settlement called Coveland formed at the head of Penn Cove and served as the first Island County seat (1853-1881).

Captain Benjamin Barstow (d. 1854) opened the first trading post at this location in 1853. Thomas A. Cranney (1859-1919) and Lawrence Grennan operated a general store at Coveland as early as 1856. The building became the first Island County courthouse and Grennan and Cranney began to market lumber and timber, operating a mill in Utsalady on Camano Island.

A group of land developers platted Coveland in 1888 and changed the name to San de Fuca, chosen because of its proximity to the Strait of Juan de Fuca. From 1881 to the present time, Coupeville has been the Island County seat.

This photo of the old courthouse was probably taken early in the 20th century. The building still stands, and you can see it at the head of Penn Cove.

This image courtesy of the Island County Historical Society.