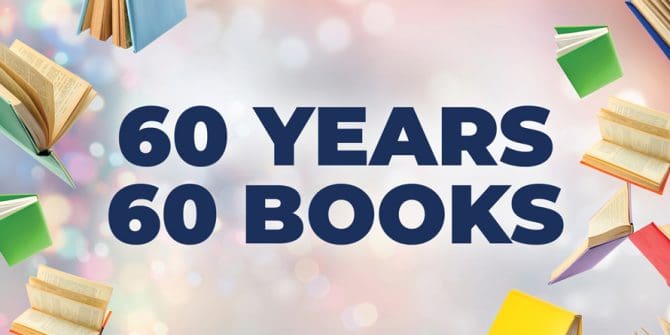 Sixty years ago, Sno-Isle Libraries was established on the ancestral lands of the Coast Salish People.  To celebrate our library system’s sixty-year history we have created six lists comprising 60 Years in 60 Books and encourage you to check out and read one or more of these titles.

From the World’s Fair in 1962 to today, a lot has happened in our local communities, across the nation and around the world. We looked through some of our online resources to discover what was making headline news during those decades. Log in using your library card to read the full articles below.

1962 Snohomish County remembers the ’62 World’s Fair On the 50th anniversary of Century 21, the Daily Herald interviews locals who remember their time there.

1989 Hand-Carved Canoes Ply the Sound Again The ''Paddle to Seattle'' was the culmination of a major event to celebrate the 100th anniversary of Washington Statehood. That year, the state and indigenous governments signed the Centennial Accord, recognizing indigenous sovereignty.

2004 Mars Rovers Land on Mars The rovers were named Spirit and Opportunity as a result of a school essay contest won by a third-grade girl; they were launched from Cape Kennedy, Florida, in June and July 2003. Both landed on Mars in January 2004, on opposite sides of the planet.

2010 Tribute to Dave Neihaus, voice of the Seattle Mariners.

Looking for even more 60th anniversary fun? Check out our 60 Years in 60 Books quiz and OverDrive ebooks list.