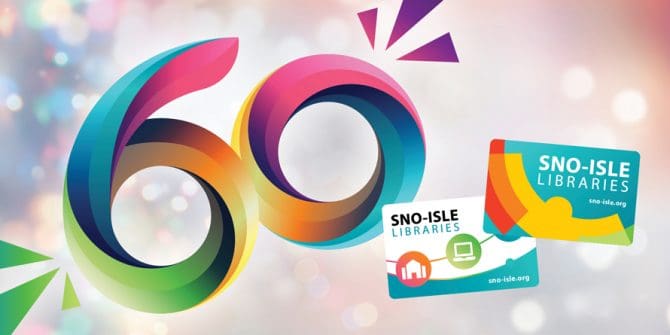 Learn a bit more about the libraries' past and explore fun ways to celebrate 60 years of Sno-Isle Libraries' community presence.

When Sno-Isle Libraries was formed 60 years ago, the role of a library in the 21st century was unimaginable. So much has changed since the 1960s—our founders could not have predicted that Sno-Isle’s future members would be checking out digital items and parks passes. We look forward to what the next 60 years will bring!