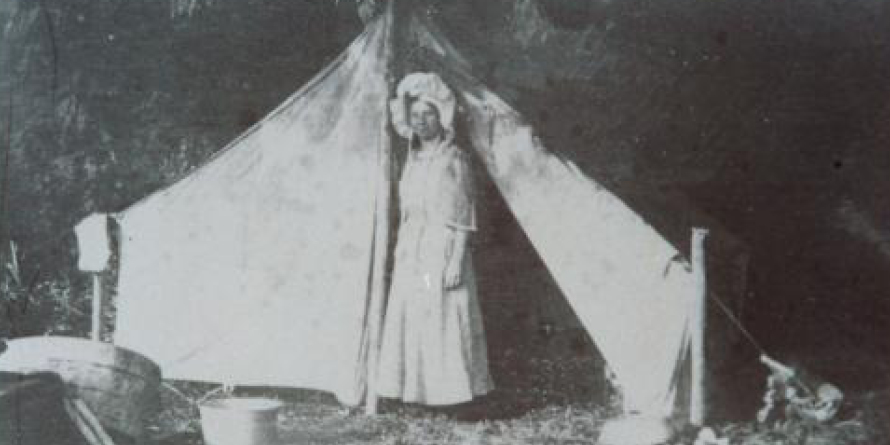 This charming photo is of Minnie Spencer Plumb wearing an immense bonnet outside her honeymoon tent in 1909. Minnie Spencer married Freeman Plumb of Freeland, Washington in May 1909.

Founded just 10 years earlier, Freeland was a utopian community built on communal socialist ideals. Hoping to avoid the doctrinal disputes and human failings that had doomed other such experiments, the association's intended plan for Freeland was to value cooperative living over political dogma. Other settlers in the area were self-described "capitalists," believers in free enterprise who wanted nothing to do with socialism. Despite considerable tension and deep distrust, this mismatched group of tough, industrious, determined men and women managed to coexist, if not in harmony, at least without violence. The Free Land Association would succeed in creating a relatively durable and largely harmonious cooperative community, but failed badly in its commercial efforts.

Minnie Spencer was the youngest daughter of a recently arrived family of capitalists whose businesses competed with the budding socialist community. The Spencers bought land on the southwest shore of Holmes Harbor, just beyond the western boundary of Daniels's original plat. Hudson and Sarah opened the Harbor Cash Store, which competed with the Freeland cooperative store (formally called the Free Land Association Mercantile Department) near the base of the bluff to the east. Next door to the Harbor Cash Store they put up a two-story dwelling, the ground floor of which was used for dances and community meetings. The store was later moved onto pilings and the dwelling remodeled into a large residence that over the years housed various members of the Spencer family.

As prominent as the Spencer family became, it was just one "capitalist" family among several living in uneasy proximity to their socialist neighbors. Some prospered, as did a few members of the Free Land Association, many of whom worked in nearby lumber camps and mills, on farms, or in construction. But the association, even before facing competition from new arrivals, had proven unable to fulfill its most basic expectations.

Freeman Plumb, as his name indicates, was from the socialist settlement, and the marriage bridged what was sometimes a contentious relationship between the two neighboring communities. The newlyweds spent their honeymoon in this tent on the shore of what was then called "Dogfish Bay" just a couple of miles north in Holmes Harbor. After their camping trip, the bay was renamed "Honeymoon Bay" in their honor. 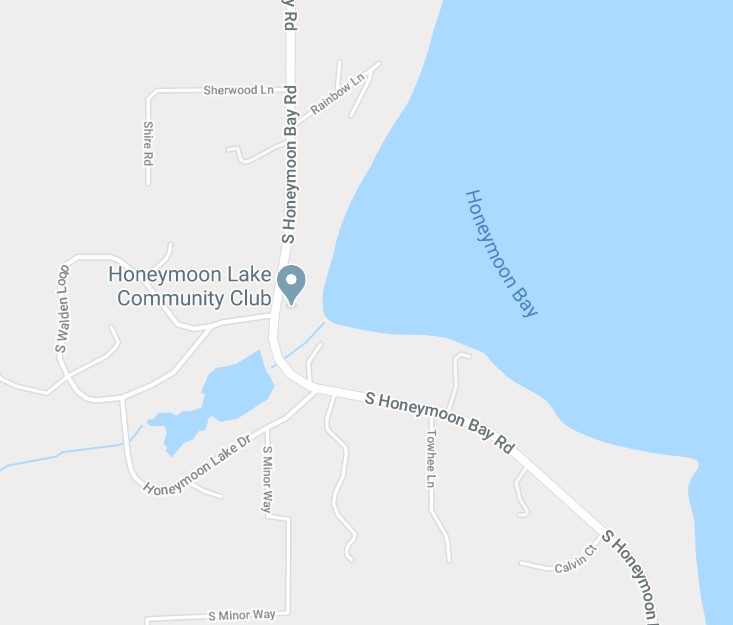 The name is still used on current maps, and the names of other roads and nearby locations also pay tribute to the lives and adventures of some early residents of Whidbey Island!