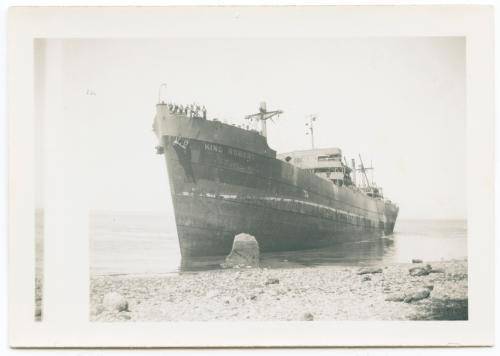 If you look closely at the prow of the freighter in this photo, you'll see the British crew waving at the people gathered on the beach below the giant ship stranded on the sand. The freighter King Robert ran aground near Bush Point over three years after the United States entered World War II in December 1941.

Farmer was a busy man, yet in 1944 amidst a world at war, he stopped to take a photograph of friendly British sailors waving hello to the people of Bush Point. It was a day to remember.